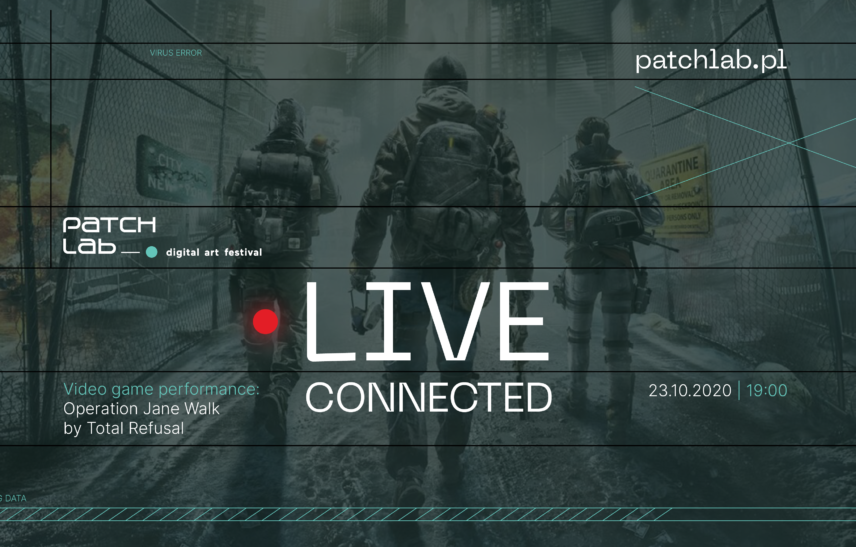 An experimental performance by the Total Refusal collective from Vienna, in which the digital war zone of a video game is appropriated by artistic intervention. Operation Jane Walk takes place in the dystopian multiplayer space of Tom Clancy’s: The Division (Ubisoft Entertainment 2016). The militaristic environment of the video game has become a space for an artistic performance, which the artists, using the rules of a computer program, used for a narrative tour in New York. The urban strollers avoid the combat whenever possible and become peaceful tourists of a digital world, which is a detailed replica of Midtown Manhattan. The performers, accompanied by two guests in front of the audience, promenade the digital battleground, exploring the possibilities (and impossibilities) of new media technologies. While walking through the post-apocalyptic city, issues such as architecture history, urbanism and the game developer’s interventions into the urban fabric are discussed.

? online
The performance was conducted live from Vienna,  broadcasted on en.patchlab.pl and on Twitch, YouTube and Facebook.

The project is organised in cooperation with the Austrian Cultural Forum in Warsaw.