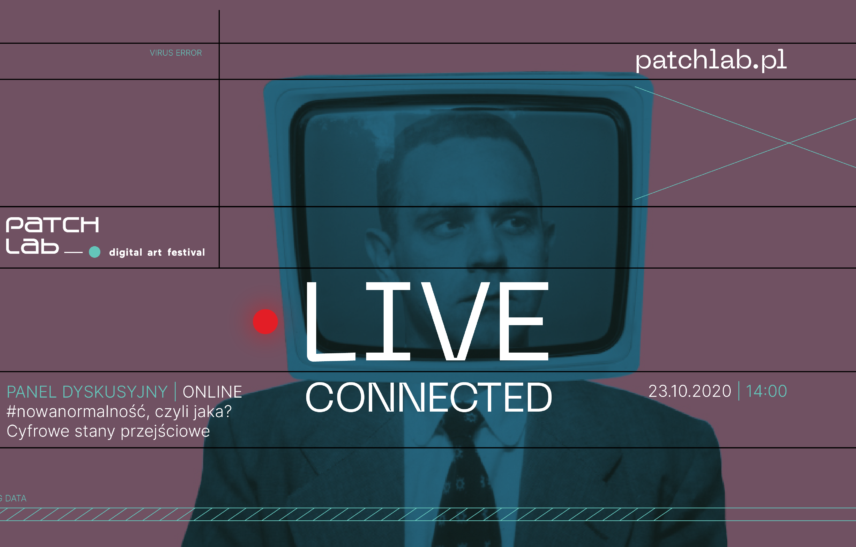 Will Netflix and Zoom therapist be enough to relieve stress during a pandemic?
Will digital giants manage our self-distance?
Which of the digital innovations will stay with us for a long time, and which emerged only temporarily to meet our current needs?

During the panel discussion #normality, which is what? Digital transitions, experts from the Centrum Cyfrowe and their guests talked about innovations, technological contexts and digital tools to which we are doomed in times of pandemics, as well as the specifics of the current change and the emergence of new phenomena.

Ana Brzezińska – director, producer of video and VR films, specializing in modern storytelling from film and TV productions, through VR/AR content, expert in the Społ-tech program at Centrum Cyfrowe.

Katarzyna Drożdżal – psychologist, researcher and designer. From the beginning of her career, she has been associated with the research area, currently mainly in the fields of human computer interaction, user experience and service design, co-author of the report “Digital transitions”.

Marta Klimowicz – sociologist and anthropologist of the Internet, deals with the subject of new technologies, their impact on social life and strategies for dealing with the consequences of this impact, expert in the Społ-tech program at Centrum Cyfrowe.

The meeting was hosted by Aleksandra Janus – an anthropologist, researcher, manager of the Open Culture Studio at Centrum Cyfrowe. Curator and co-author of the Museum Laboratory project, co-founder of the Direction Sightseeing research group. He conducts research on the audience of cultural institutions, specializes in researching the experience of visitors in museums, cooperates with institutions that seek effective ways of engaging the public and supports them in openly sharing resources.

? online
The discussion panel was held at Zoom and was broadcast on patchlab.pl, YouTube and Facebook with the possibility of asking questions.